1. The function of self-operated control valve

Self-operated control valves all use the feedback signal (pressure, pressure difference, temperature) at the valve output end to be transmitted to the actuator through the signal tube to drive the valve flap to change the valve opening to achieve the purpose of regulating pressure, flow, and temperature.

It is a new type of control valve. Compared with the manual control valve, its advantage is that it can be adjusted automatically; compared to the electric control valve, its advantage is that it does not require external power. Application practice has proved that in closed water circulation systems (such as hot water heating systems, air conditioning and chilled water systems), the correct use of this valve can easily achieve system flow distribution; can achieve system dynamic balance; can greatly simplify the system The debugging work; can stabilize the working state of the pump.

The indirect-acting control valve adds a pilot (pilot valve) which amplifies the feedback signal and then drives the main valve disc to move through the actuator to achieve the purpose of changing the valve opening.

If it is a pressure regulating valve, the feedback signal is the outlet pressure of the valve, which is introduced into the actuator through the signal tube. 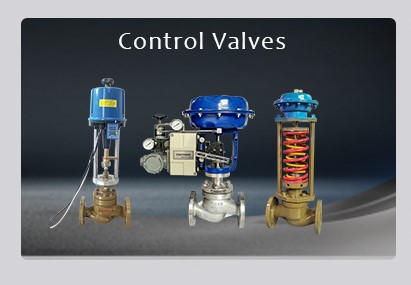 Prev : What are the characteristics of gate valves？

Next : What are the advantages of pneumatic actuator?