The difference between Single-Acting and Double-Acting (Pneumatic Actuator)

Pneumatic actuator, which use compressed air to drive valve switches or regulate the flow of media. They are also called air operating or pneumatic devices, generally used in conjunction with valves.

Simplyput, double-acting cylinders have both A and B port.

This means that oil enters the cylinder through port A, pushing the piston down. When the control device requires the piston to retract, the oil is transferred to port B, and then the piston is pushed upward.

Double-acting cylinders use hydraulic power to extend and retract. You can judge whether the cylinder is double-acting by checking the number of ports. See the figure below as an example. 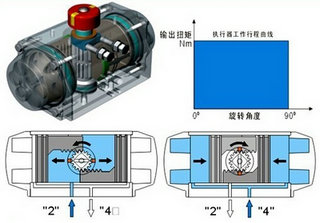 In contrast, a single-acting cylinder has an A port for running the piston down by pressure from the pump, but retracted by an internal spring.

See the figure below as an example. 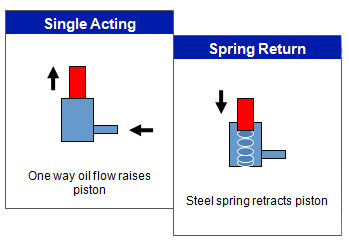 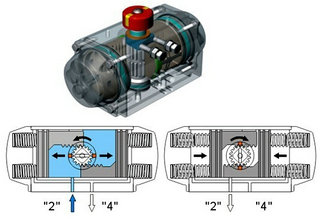 Single-acting cylinder is widely used in dangerous working conditions. It can transport combustible gas or flammable liquid as shown in the figure. When the gas source is lost and an emergency occurs, the single-acting pneumatic actuator can automatically reset.Minimize the risk, and double action is generally not easy to reset.

Next : What are valves-Brief Introdution(1)