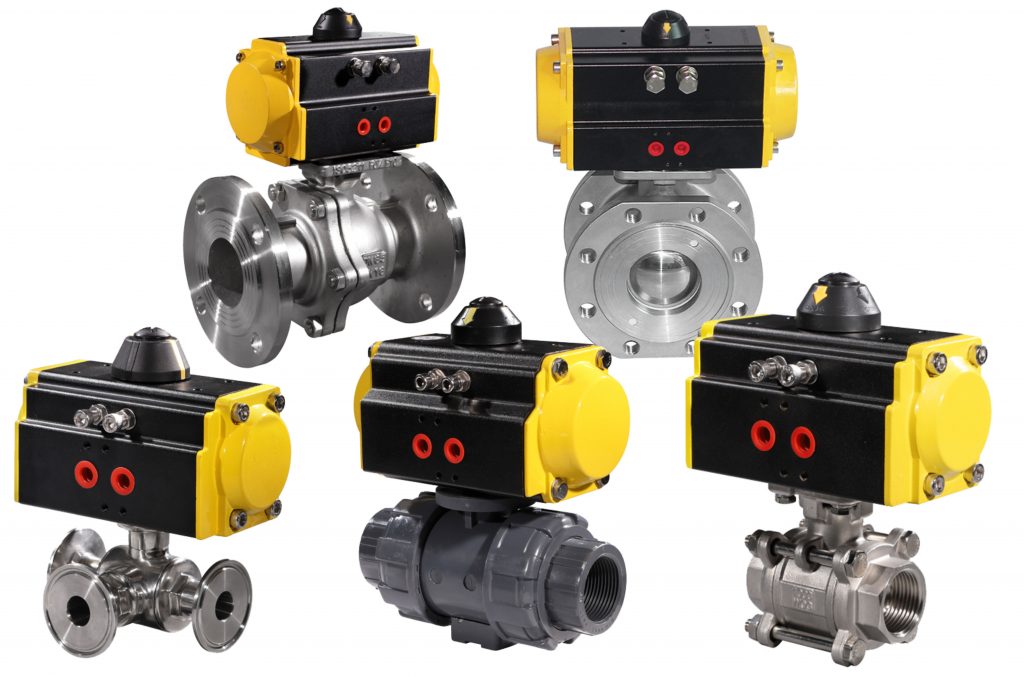 2. Ball valve function
The ball valve is mainly used to cut off, distribute and change the direction of the medium flow in the pipeline. The ball valve designed with a V-shaped opening also has a good flow adjustment function.

The ball valve is not only simple in structure, good in sealing performance, but also small in size, light in weight, low in material consumption, small in installation size, and small in driving torque within a certain nominal passage range. It is simple to operate and easy to achieve rapid opening and closing. One of the fastest growing valve varieties in more than ten years. Especially in developed countries such as the United States, Japan, Germany, France, Italy, West and Britain, the use of ball valves is very extensive, and the variety and quantity of use continue to expand. Life, excellent regulating performance and multifunctional development of a valve, its reliability and other performance indicators have reached a higher level, and have partially replaced gate valves, globe valves, and regulating valves.

With the advancement of ball valve technology, in the foreseeable short time, there will be a wider range of applications, especially in oil and gas pipelines, oil refining crackers, and the nuclear industry. In addition, ball valves will also become one of the leading valve types in large and medium-sized calibers and medium and low pressure fields in other industries.

4. Ball valve tightness
The most important seat sealing ring material for ball valves is polytetrafluoroethylene (PTFE), which is inert to almost all chemical substances, and has a small friction coefficient, stable performance, not easy to age, wide temperature application range and excellent sealing performance The comprehensive characteristics. However, the physical properties of PTFE, including high expansion coefficient, sensitivity to cold flow and poor thermal conductivity, require the design of valve seat seals to focus on these characteristics. The plastic material of the valve seat seal also includes filled PTFE, nylon and many other materials. However, when the sealing material becomes hard, the reliability of the seal will be damaged, especially in the case of low pressure difference. In addition, synthetic rubber such as butyl rubber can also be used as a valve seat sealing material, but its applicable medium and temperature range drugs are limited. In addition, if the medium is not lubricated, the use of synthetic rubber will easily jam the ball.

In order to meet the use requirements of industrial applications such as high temperature, high pressure, strong erosion, long life, etc., metal-sealed ball valves have been greatly developed in the past ten years. Especially in developed industrial countries, such as the United States, Italy, Germany, Spain, the Netherlands, etc., the structure of the ball valve has been continuously improved, and there have been all-welded body direct-buried ball valves, lifting ball valves, and ball valves in long-distance pipelines, oil refining equipment, etc. The industrial field is more and more widely used. Ball valves with large diameter (3050mm), high pressure (70MPa), and wide temperature range (-196~815℃) have appeared, which brings the technology of ball valves to a whole new level.

5. Ball valve design and manufacturing
Due to the application of computer-aided design (CAD), computer-aided manufacturing (CAM) and flexible manufacturing system (FMS) in the valve industry, the design and manufacturing of ball valves have reached a new level. It not only completely innovated the valve design and calculation method, but also reduced the heavy and repetitive routine design work of professional and technical personnel, so that technicians have more energy to improve, improve product performance and new product development, and shorten the research and development cycle of new products. , Improve labor productivity in an all-round way, and in the process of research and development of lifting rod type metal sealing ball valve, due to the application of CAD/CAM, the valve stem spiral flat made by computer-aided design and computer-aided numerical control machine tool has appeared to make the metal seal The ball valve has no scratches or wear during the opening and closing process, so that the sealing performance and service life of the ball valve are greatly improved. When the ball valve is fully opened, the flow resistance is very small, almost equal to zero, so the equal diameter ball valve is widely used in oil and gas pipelines because it is easy to clean the pipeline. Since the ball of the ball valve is wiped during the opening and closing process, most ball valves can be used in media with suspended solid particles. Depending on the material of the sealing ring, it can also be used in powder and granular media.

In the oxygen pipeline system of the metallurgical industry, ball valves that have undergone strict degreasing treatment are required.

When the main line in the oil pipeline and gas pipeline needs to be buried underground, full-diameter welded ball valves are required.

When the adjustment performance is required, a ball valve with a special structure with a V-shaped opening should be selected.